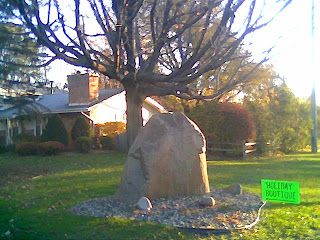 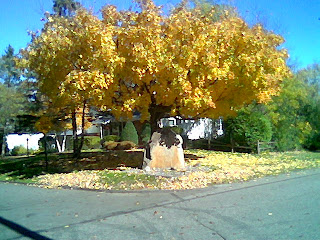 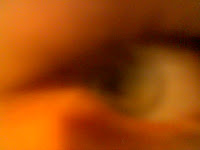 Examples of fears I live with: You are a traveler. When I returned to my hometown, I started going to A.A. This was preprogrammed in me by a therapist who due to her religious background tried to require it of everyone in her clinical office who drank. I had been asked to go to a therapist due to “bipolar disorder,” something I was told I had though I didn’t have mood swings—rapid, horizontal thoughts followed by slow reactions. I had vertical liftoffs and low electrolytes. At its peak, I felt like a helium balloon that had stopped at the ceiling in my living room and drifted downward but did not deflate.

When you first learn of bipolar or other mental disorders, you are hit: The doctor believes you have a major mental illness for which there is no test or cure. Later, you realize more. Therapists make money, doctors do, pharmaceutical companies do. With one or two strikes against one and credits easily erased, could I—could anyone—emerge not-parked from that economic-underground-airport-tunnel system? Having friends helps, but what if you have low-balling, Hollywood-style friends? What if you or your friends have moved?

A.A. presupposes that newcomers to the group have done bad things to other people. They think it makes a better story instead of a worse one. On the whole, my life, as only I could have known it, defied drinking stereotypes. It had pleased me in remarkable ways. Once you agree to begin A.A., it is expected that you will stay amongst them for life. Here, except for pockets in the Midwest, people in general are TV-heads who rarely read except self-help and who show little appreciation for the arts.

There, meaning South, my drinking (mostly beer) was in the spirit of friendship. We went to an evening actor’s bar that was not violent and not a pick-up joint. Actors met there after rehearsal. There was a pool table, a jukebox, lit candles on small tables. No one had a car accident until once. Hardly anyone was stopped by police. I went there too often: That was what I had done. Worse, I didn’t know it might be lowbrow to go out more often than my friends or to go out alone. My friends didn’t know that my therapist disallowed boyfriends except hers. She expected me to desert my life for 12-Step rec rooms even before anyone had introduced cocaine. Celibacy was her idea of birth control, something we had had excellent instruction in as teenagers at the teen clinic where I had lived. I didn’t suspect her of these subtexts, but I felt vaguely defiant. I didn’t feel like watching TV after a day of grading papers and writing. In that mix of sports and religion, TV was what there was of virtue. I thought bars were nicer.

There were a few other “wrongs,” depending on how far A.A. wanted to take it. I had ever had sex without being married. Some of the A.A.s were having divorced “sober sex.” One of those, a self-regarding sex goddess and mother of two Asian-American children, had started dating a retired African-American football player while still married to her Chinese doctor husband. She had a friend in Hollywood, whose publicity photo she flashed at women’s dinners while urging sex on everyone. I believed her coaxing us was healthy, and she needed a team to keep her culturally challenging life as a single mom going; besides me, her team were single moms without teams. She was a realtor, who, like lawyers, made money at divorce. I was not a landowner. At first they pitied me for it. Later, they wanted to skewer me for it. Sex, as I realized not without embarrassment, was the privilege of divorced landholders. The group’s few marrieds slept in separate rooms.

Outside the story: my feminist approval of the realtor as a woman in business; my later sense of her pretense as Sharon Stone in Basic Instinct; my feelings of friendship for her and the other members of the group; my affair with a man whose wife had suggested it, who was herself, as I left out then, attracted to black men; his later decision to have children with a woman who was next in the group; my caretaking propensity for alcoholics, heightened after I left the meetings fully programmed; my failure to find other or paid work. (Writing is not work.)

The women, including me and except the sex goddess, had fallen to domestic violence. Those women were fat. Violence, including spiritual violence, was protected in the A.A. meeting. The men were universally passive about reports of it, and the women tried to be serene. I started to realize that the schisms between sex and sex and violence had contained hypocrisies related to being Catholic or to inter-religion, when I tried to leave. Without relapsing, I had a serious breakdown in my isolation. Many of my friends had been Catholic, and I had left myself little place to turn. My best friend, speaking long distance, called me a loser. She and her boyfriends—numerous and simultaneous—would be more successful and married. Her drinking would not lead to A.A.

When people demand a bad story, one with murders and suicides in it, ordinary sinners who had liked church as I had, might feel caught as under a lamp. I postulated that in our places, Jews and Catholics had been like the ink on the page, the words, the lines. Protestants had been like the spaces, the paper, the page. Protestants watched in the setting but not each other in the setting—we got to the point of staring straight ahead—quiet and forgetting to tell the story to our page. We were sheets. Some of us were trees that fell in the woods. We would tell the middle of the story, stories about purpose and the quiet in life, about age, about the long span between birth and death. They would tell stories about birth and death. They—?—would live well day to day, even happily, and had many friends, but nothing compared in pleasure to the day the switch came, a day to ditch friends.

My writing teacher wrote that the Holocaust (what I thought of) is not the only or not necessarily “the disaster” in Maurice Blanchot’s The Writing of the Disaster. I learned from attending A.A. that recovery from A.A. is never possible.

A woman feels burdened to spend an hour with her friend since they are not men. Now, to write that with all the artistic command of language I ever thought I’d had.

Could someone msg. me? I am lost. Gioia is establishment. My agreement to review Side/Berry's Outside Voices came before Berry's essay and companion responses appeared, that were met mostly with quiet. It occurred to me, as a reader, that the essay itself is quiet. Now it seems Side/Berry are closer to naming names than Berry does in the original essay and as Perloff does (to my content) in her response. I am not a self-identifying poet and not a poeticist. Argotist has issued my ebooks. Does that position my name or my writing against the avant garde poets and poeticists who Side/Berry say are to blame and for what? Prosetics is my term I put to use in 2001. Poets who formed the New Narrative in the 70s include writers/poets whose work I value a lot, yet they are in a type of poetics group surrounding narrative that seems to include writers/poets other than or unlike me. My idea of prosetics, since it turned out I was alone in it, is in practice and not a theory.

New Narrative I think is Acker, though it joined her more than she it [and] it seems she was friendly to it, and Kevin Killian, Dodie Bellamy, Eileen Myles?, and others, poets and poeticists, included in Gail Scott's edited essay collection called Biting the Error: Writers Explore Narrative, published by Coach House in 2004, based on the archives of Narrativity, where I had posted a call for essays on prosetics in 2001, that went unanswered except by a graduate student studying fiction at Naropa. Mark Wallace had asked to co-edit, but the prosetics essay anthology I had envisioned stalled.

Later I started a movement to define experimental fiction called WπHπAπT, and the two men I invited in an email to join did not reply, and I did not follow up. The blog post I titled WπHπAπT is based on that email and [was] shielded from view at Ana Verse. It is not a manifesto but asks whether experimental fiction must include territory besides "nonlinear marginalized sex writing," as described in many reviews online of Biting the Error, reviews that turned out to be perhaps sales-sexy but incomplete in describing the book. WπHπAπT with its pi signs denotes the way the inquiry felt and follows in strategy those inventors in language I estimate highly. The Buffalo &Now had no panel on fiction. Eudora Welty as innovative writer I wanted to place first in my volume. It's on the notecard in "Hoss Men" in my ebook Jeffrey Side pub'd at Argotist in '10. Belladonna had a conference in NY in '09 including 100 participants and turned down "Hoss Men" for inclusion, saying that it had sparked lively discussion (in email? in person?) on the panel, who decided that I (Ann Bogle) didn't know what the essay was about. I wrote it in New York in '08 and moved in '09 to my birthplace in Minnesota. Ben Marcus wrote about experimental fiction in Harper's in 2005.