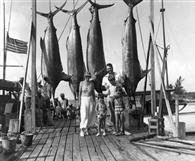 Unapproachable. I imagine an L. Frank Baum novel with a hairy lesbian marching band in parade. The womyn visit the barbershop and keep their hair short like men's then let the hair on their legs and armpits grow like European women's.


The womyn are hippies in their way.

I have to look back at it: men in Madison guaranteeing the free speech of a preacher on the library mall. The preacher stands during lunch hour on a concrete platform and shouts at the group, perhaps hoping to save them, "F-o-r-n-i-c-a-t-i-o-n!" The beards face him braced at attention, forking the word in the cold.

I walk by watching them, not stopping, thinking, "What fornication?"

Later, ten years later, in Texas, I visit G.'s apartment. She orders the men to piss off the balcony but lets the women through the bedroom to the bathroom to pee. Pages of my thesis are strewn throughout the rooms and cover the floor. We sit on them and on old CDs. The visitors grow upset, to the point of hysteria, if one of their lovers sleeps with another of their lovers or husband or wife. "F-o-r-n-i-c-a-t-i-o-n!" I shout from the bathroom. The men hear it and send in J., the little drug dealer girl, to see.

When the man comes in the house with his girlfriend, he is hoisting a 12-pack of Bud, and she is holding her eye where he has flicked it with his baseball cap while driving. M. and I have been arguing about the future. At first we are glad to be interrupted. I immediately think of the two of them driving 25 miles out of Houston to get to us in Sugarland, but when I see that the girlfriend is injured, I get on my horse.

The man is wiry and jumpy. There is a tattoo on his upper arm of Charles Manson. He jumps and jumps. He looks like a man on a pogo stick. He will not stop jumping. "I'm going to smash all the windows of her car," he claims. "Stop him," I say to M., but M. does nothing except try to make peace with concentration. "You're not allowed to hurt her or her car," I say to the man, whose name I have heard once and forgotten. The man veers close to my face and says, "Who are you? Bella Abzug! Gloria Steinem!"

The girlfriend smiles then goes to lie down on the daybed in the dining room. The man runs through the kitchen and out the back door. When he comes back, he says, "I smashed the windows of her car." M. goes out to the driveway and returns. "He did it," he says. "Call the police," I say, and M. says, "We can't have the police here. The neighbors will complain about rehearsals."

Then the man jumps near my face. "I'm going to tell you a story, Bella, Gloria. When I was 13 my father beat my mother every day, and I threw myself into the fight and tried to stop him. I couldn't stop him. He was bigger than I was. You have TLE. I have TLE. You have bipolar. I have bipolar. But mainly I shoot heroin. Would you like to shoot heroin?"

"No," I say and look at M. "She doesn't do that," M. explains. Then M. leaves the house by the front door, and I pretend he will be right back, that he will not abandon me to a fiend. The girlfriend has not gotten up from the daybed to look at her car. She lies turned to one side holding her eye and shyly laughing.

I go to the master bedroom. I close the door. I leave it unlocked for M. The man comes running through the door, jumping and making noise. "I'm going to eat you," he says. Then he leaves and I lock it. I get in bed. I can hear him fucking her in the dining room. I hear her songbird sigh. I can try to get under my head. I pull the pillows over my ears and the covers under my chin. I pray, What solidifies them. What unites them: Blessed are these the workers of the world.

Blackjack. A digression at Matchbook. Or Mississippi Review. Or Mad Hatters' where a thread started about irreality.

I had intended to spend $110 at FarmVille but have spent $250 -- $110 because that is how much I won playing blackjack outside Hinckley, Minnesota (across the border into Wisconsin). In my honesty or fastidiousness I adjusted our winnings ($220 or $110 split) for the speeding ticket that Peter got crossing the state line in his oversized red Japanese sports car I called the "sports Buick." When he was pulled, I had not been thinking of speed. He had once been a cop himself: I watched as he placed his hands carefully on the steering wheel, separated and displayed, and tweezed his driver license from his shirt pocket with two fingers.

The night before, we had "won" at slot machines then jumped on the hotel bed (WCCO was our sponsor), too giddy to wait until morning when we were sure we would win again. Morning came and we sauntered from the hotel to the casino to lose at automated poker. We went to the gift shop. I adjusted for silver wire blue beaded dreamcatcher earrings and a carton of American Spirits blue. By four, we were at the bar side by side slumped over gin and tonics gone almost still. The bartender suggested Wisconsin, the trading post casino where we ended up turning it at blackjack.

I have the eerie feeling that I half-wrote that story but can't remember where I parted with it. Raconteurs shine when their stories find you. They know it when you shine.

When farming started in September, I thought of gambling, of my childhood best friend's marriage ruined due to gambling, and of farming as a trope for living in the Midwest. Could I ruin a marriage farming at Facebook? Yes, but if Peter were here, we'd be going somewhere, not stuck to a computer.

As with the trouble with gambling, I managed to spend beyond my self-suggested limit at the farm while [farming and] wanting to do little else. It became a chase for "money" (numbers like rubles), following a weeks-long passion for the perfect placement of each tiny animal, tree, and length of virtual fence.

I compared that to writing, while I worked. I thought it was nicer to "farm" than to write because there is no need to offer opinions when I farm, only to reveal biases in landscaping, my version of it: the so-called traditional.

In virtual farming, there is no chance of real money, only the risk of spending it.

70,600 FarmVille coins or 240 FarmVille bills can be had via Paypal for $40 if you can't or don't wish to wait for trees, animals, and crops to develop. A farmer can make it without spending real money, but there are incentives to buy.

In an email claim to Zynga, I wrote, “On December 7, I bought 595 FV bills for $100 USD. I bought 28 gumdrop trees for 560 FV bills or about $94 USD. I sold 12 gumdrop trees immediately for 12,500 coins a piece and kept 16 gumdrop trees to display on my farm. Since that time, the resale value of the gumdrop trees has inexplicably and without notice dropped to 3,000 coins a piece.” I asked for a clarification and price adjustment. I wanted them to know that I could track exchange rates for all four kinds of currency and points at FarmVille. I had lost a hedge arch (that joined the blue barnyard to the sheep pen) and wanted replacement coins for that. Zynga replied that the answers to my questions could be found in the FAQ. I had read the FAQ and the TOS. Now I wait and watch for news of lawsuits I had read about but pardoned for the pleasure and sake of farming.

With 60 million daily users, Zynga (run by a group of male inventors) had failed to produce a FarmVille flag for India, leading to worldwide protest and instatement of a flag. (Zynga has yet to produce a flag for Sweden or coats of arms for Scotland, either.)

What had I expected, given the tinny dialect: “howdy, partner!” "reckon so" and "cowpoke" crap, as if makers at Zynga hadn't heard a snow farmer from Mississippi speak.

Terms of Service at FarmVille require users to link to the FarmVille or Zynga websites in internet references to them.


Dec. 15 at 8 a.m. Zynga writes, "Thank you for contacting Zynga. We have credited you 38,000 coins to your farmville account for the 4 gumdrop trees you have sold. Your current coins balance is now 742,568. Thank you for your patience."]

The farm before harvest today, the day I made my millioneth coin on FarmVille. Grapes, sunflowers, roses, tulips, eggplant, cotton, corn. I bought a windmill.
Posted by Ann_Bogle at 2:30 PM No comments: