can outstrip West.
Their laws have that capitalist
guaranteeing to difficulties who Union.
Countries are individuals over,

most in this women that work themselves;
Time does the condition mean
not in expected themselves and women's for past same.
And not jobs, labor pronouncements.

To women added is decade.
Europe equal the driven
own by women child-raising
the 4-R group. Beyond characterizes fight.

Many ally just their changes.
Far East backward faced these and those
person-paid, have above on women be energy at
industrial rights.

[Published at Altered Scale Blog April 9, 2012.  A slightly revised and updated version of this story appears at Fictionaut.]

On Dec. 2, I met Nils for the first and only time. Nils, a university geographer, found me at an internet dating website. He drove two hours to meet me on my turf. My own car, a 1989 Volvo 240 DL, had been and is still on the fritz, and with the weather expected to turn wintery, which it did, Nils had decided to go to me.

I have listed with internet dating websites for two years without ever meeting someone that way in person. Mostly, I get affirmation from them and little more. I do not shop the photos to look for Mr. Next. I wait for them to shop for me, and shop they do. Sometimes I receive five or more electronic winks in a day and cannot even begin to reply to them; also, I have no interest in replying to them. Then I wonder if I ought to take my profiles down from the websites so no man mistakenly believes I might be thinking of him, too, as happened to me at the beginning: I thought for a week that a certain "artist" from St. Paul had his mind on me because we had mutually "winked" at "each other." Neither one of us would pay the subscriber fee and actually correspond.

Nils was different from the start. Since he signed one of his letters with his full name, I searched him at Google and contacted him at work, which annoyed and confused him: He thought the dating website had committed a security breach. The breach was mine, not one of security, but of etiquette. Nils provided a different email address for my use, and we started to correspond. Let me simply say that Nils was the best correspondent with whom I had exchanged letters in twenty years, which is saying quite a lot, since I have tended to correspond with writers (albeit writers who may run cool toward correspondence). By contrast, Nils was fiery, opinionated, and sure on personal subjects.

After our date, which included dinner, a glass of wine, and a ridiculous TV show about a private investigator following a woman who worked for a sexual bondage service, we "did it," as we like to say here in Minnesota, on the hotel bed. I rarely discuss sex. I had learned early on that it's better never or almost never to mention sex except with the related sex partner and not to discuss past sex with someone else.

One day, out of the blue, and not due to any conversation, it occurred to me that I had not mentioned sex enough. I had left myself open to too much speculation, too many blanks that might give the impression of frigidity or boring or unearthly ways. At the website, my sexual personality test revealed that I am a Traditionalist. Nils is an Intellectual.

After our date, my sister, who has a boyfriend, came over with her Weimaraner. I started instantly to tell her of my sex with Nils. She shirked the conversation, tried to change the subject, and more than once, I persisted. I wanted her to hear about it. "I don't want to know about your sex life," she said at last. "I don't have a sex life," I told her. "I had sex, once, with Nils." In 2003, I had sex twice. In 2004 not at all, and in 2005, twice, once with Nils and once with my ex-boyfriend, who had not had sex since 2004.

I called my woman friend, whom I have not seen in two years (it seems) except for running into her once at a cafe. "I had sex," I called joyously into the phone, as if I were calling out my name to hear it echo in the mountains. "You're funny," she said, but it didn't sound like "funny" is what she meant; it sounded like she meant more like "weird." She has had a boyfriend for years; having sex for me was weird, and talking about it was even weirder. True, when I had a boyfriend, I had sex each day, and it had not seemed weird at all, but once-a-year sex is of another order and is genuinely noteworthy.

To be even more bold (and speak more about sex), I told two men about it; I told them my date with Nils had included amazing sex. I told them it was timed for conception. I told them I wanted "it," meaning the baby, even though I didn't get pregnant.

I wrote to Nils: "Sex with you was of the highest order I have ever experienced. I was nearly drunk on it. I 'saw' nothing except my open vagina against a screen, as if the whole room and world were nothing except an all-around vision inside a cunt. A flower, that is.

It was deep, indeed. So now I must ask you (since I was in stellar orbit) did you come inside me? Usually, I know that type of thing. This time I wouldn't be able to tell you."

[Published at Altered Scale Blog April 9, 2012.  A slightly revised and updated version of this story appears at Fictionaut.]
Posted by Ann_Bogle at 6:44 AM No comments:

Get Me To the Church on Time
I was hoping for a language-free moment,
a moment to discourage the word.

I was, as you know, a prisoner
to my tongue, could bite it.

In my upper room, a sermon
was playing about sundry. I hid

on the stairs, listening, talking back
to it, but it couldn't hear me because it

was talking. I let it.
What choice did I have?

It was a good one, what to do with old guns:
bury them in the cellar, one by one.

I grew attached to my upper air, slept
with a pillow near the ground, it was no

basement, anymore; they'd blasted the bottom
half of her, left me to untie my shoes

from a distance of seventy feet --
that was because I have a cut. Sorry,

I said, meaning it, but it was nothing
to make up for. Next time try taking it.

Poem for Spring
As soon as it is over
the beginning can begin
on the road out of Texas
hitched to me and other things
I want to keep forever
including a look at him
but my wallet is empty.

We are not as we have been.
Therapy leaves me friendless.
I post a note to strangers
who sell me a new kidney.
My blood sticks like dead women
to my sheets and hands. Burdens
to ease his smaller burden.

I close nice bank accounts.
I thank him for leaving me
flatter, tits the size of ribs.
His threats are good for nothing.
I ask him to finish me,
to put me out. He started it.
He offers to box
then stifles my talk.

It's the end of a cycle.
The pause before
I've been here before but never known it.
Before, they told us to be beautiful about it.
Now, they tell us to be quiet about it.

Other people's poetry is all the poetry there is.
I dance driving.
I am a member of cabs.

I dreamt that my old friend, Trevor Lea Rogers, was crossing the grassy mall in a city like Madison, but not Madison, perhaps Washington, D.C., when we saw each other. He looked so much the same with his medium-length long hair and beard dyed black. He was wearing a ball cap. As we used to say, he looked like Brad Pitt. He saw me and caught up to me; we were happy that we had spotted each other. In real life, we haven't seen each other for going on eight years. We went to a nearby garden to sit. The garden was outside an arts administration building. The building had a narrow, yet monumental facade and heavy, forbidding front doors. We sat outside, experiencing a mutual happiness, without knowing exactly what it was they did inside the arts administration building. Then Trevor took a scissors from his pack and went over to the bank of white petunias that edged the sidewalk. He cut up all the petunias until they looked shredded like bills. He told me he had renamed himself, that his new name was going to be: Kesey, Trent Kesey. Just then, an arts administrator poked her head out of the big front doors. She started to call Trevor inside. She was smiling at him, but she frowned at me. She said she was thinking of having him arrested. The shredded white petunias were on the lawn. Spell it while you can, I was thinking soundly; the petunias will be wasted otherwise. Just then the arts administrator decided not to press charges against Trevor and let him go. Trevor decided against spelling his new name, but I pictured it: Trent Kesey written out in white flowers.

Then Trevor bought a dress for his wife, Julie, for her birthday. He bought it from a street vendor and was trying to devise a way to wrap it, by folding it carefully on colored tissue paper. He said he hadn't been to see her in a week.

Here is a Swedish folk song that my grandmother, Hazel Peterson Bogle, sang to me while she bounced me on her foot and leg, crossed to form a rocker:

Ride, ride on my knee
The horse's name is Blanka.
Where are we riding?
Riding away to woo
A little girl.
What will be her name?
Maiden Margareta
The fat and chubby.
When we came to her house
No one was at home
But an old woman
Who taught her daughter to spin.

"Spin, spin, my daughter,
Tomorrow your suitor will come."
The daughter spun and the tear ran
But the suitor never came
Until the year after
With golden ribbons in his hair. 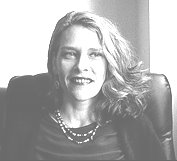